This section describes the design of a compression spring with a regular cylindrical shape and equal pitch.

Notes About the Design 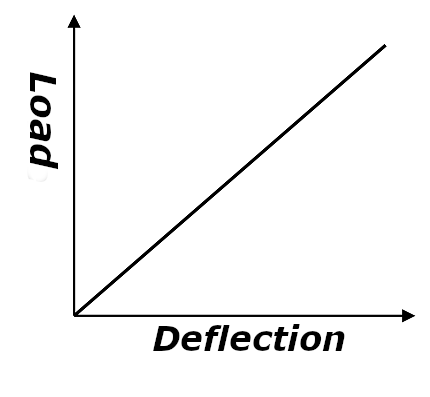 Fig 2. (a) to (g) shows the end shape of the compression spring. The closed end is often used for general use. To improve the washer of the spring, a material whose end surface is ground or tapered is used. Tapered materials are often used in mass-produced products, and tangent tails and pigtails are often used for automobile suspension springs.

Fig. 2 Shape of the end of compression spring

One of the properties of a compression spring is its ability to act as a spring not only along coil center line.

Fig.3
As seen from the expression (1), if the spring shape is known, the ky value can be determined unambiguously. On the other hand, it is necessary to remember that the lateral stiffness depends on vertical deflection of the spring.
In any case, if kx and ky are required, they may be calculated by dividing the spring deflection caused by an oblique load in arbitrary direction into vertical and horizontal components.

Compression spring can also act on moments.
This property is used in suspension springs of passenger cars, where springs are incorporated in link mechanisms as shown on the fig.5. Here a moment is applied to the spring besides vertical and horizontal loads. Fig.6 shows the state where a compression spring is compressed to the height h by support plates tilted by angles φ1 and φ2.
The vertical P and horizontal Q components of reaction force of supports can be obtained using expressions (3) , (4) and the q is (5).
And the moment is M1(6) and M2(7)

(4) About Surging in Compression Springs

When a sinusoidal forced oscillation is applied to a spring, the surge waveforms a stationary wave.
When the relationship between the frequency f of the external force and the natural frequency f1
of the spring satisfies the equation (a), a resonance phenomenon called surging occurs.

Here the first natural frequency f1 is determined by the following equation.
(b)

In practice, sinusoidal forced oscillations occur rarely. Generally, the forced displacement y is given as a function of time.
When the rotational speed ω of camshaft is constant like in valve springs of modern engines, the valve lift curve y(t) is represented by the Fourier series as shown below.
(c)

Here b is damping coefficient. It depends on complex factors and can not be determined unconditionally, but generally a value of (b) to (d) is used.

Fig.7. Stress variation due to surging

Fig.7 shows the stress diagram of a valve spring when the surging occurs. τ1 on the figure is the stress caused by initial compression applied to the spring at the closed vale position. The minimum τmin and the maximum τ2 stress values at this time can be calculated by equations (e) and (f) correspondently.
(e)(f)

The stress variation range τr is given by the equation (g).

An example of the resonance curve obtained by oscillation test of valve spring is shown on Fig.8. This curve represents the vibration amplitude of the central coil of the valve spring plotted against the camshaft rotation speed. Peaks on the figure represent the resonance vibrations occurring when the natural frequency of the valve spring matches upper harmonics of the valve lift curve. The heights of the peaks are not constant because the amplitudes cn of the harmonics are not constant.
For example, since the peak #10 corresponding to the 10th upper harmonic occurs at the camshaft rotation speed of 1200, the natural frequency of the valve spring subjected to the test is 10×(1200/60)=200cps=12000cpm.
To prevent the surging, the following methods can be considered.

It is generally difficult to prevent the spring resonance at all harmonics of the valve lift curve within the engine speed variation range.
However, as can be surmised from the fig.8, since the amplitude of upper harmonics decreases as the order of the harmonic increases, the resonance oscillation also decreases inevitably. Therefore, if the spring natural frequency is made as high as possible so that the resonance occurs only at higher order harmonics, this can considerably reduce the effect of surging. However, care should be taken because high natural frequency tends to increase the stress due to initial compression.

Change the shape of cams
For example, if the lowest natural frequency of the valve spring for engine with rotation speed in the range of 2000-3000 rpm is set to 500cps, it will resonate at 10th-15th harmonics. Therefore, it is enough to design the cams so that the amplitude of these harmonics is small.

Use springs with nonlinear characteristics
Since the natural frequency of nonlinear compression coil springs depends on the deflection, it can prevent the resonance phenomenon on upper harmonics.

In compression coil springs, if the compression force is applied to two parallel ends of the springs, the diameter of the spring changes according to applied pressure causing the axis of vertical load to shift slightly off-center. This effect is called the eccentricity of compression springs.

Click here for more information on our springs’ applications for safety valves.

)is set to 0.8 or more to secure a number of active coils, and in consideration of buckling, it is generally preferable to select within the range of 0.8 to 4.

d. Pitch
If the pitch exceeds 0.5 D, the coil diameter generally changes with an increase in deflection (load). Therefore, it is necessary to correct the deflection and torsional stress obtained from the basic formula, and so 0.5 D or less is deemed to be an appropriate pitch.
The pitch is generally estimated according to the following approximate formula.